What Does 150 Density Wig Mean

The thickness or thinness of the hair on the wig defines the hair density.  A standard percentage and a popular choice of density is 120% which is considered as medium density or natural. For 150 density wig, it means that hair which looks very natural and with some added fullness.  This density type is great for people who love a full look.

What Is Hair Density In Wigs

Hair density means how thick or thin is the hair on the wig.  In a nutshell, it means the amount of hair used per wig cap.  Do take note that the hair density is not the volume of the hair.  Depending on the type of hair like curly, wavy or straight, there is still a difference in the hair volume although these hair type have the same density.  There is a range of hair density such as 120% density wig, 130% density wig, 150% density wig and 180% density wig.

For regular hair wigs, the density is usually between 100% to 120%.  These are lightweight compared to other hair density and you do not even feel like you are wearing a wig.  This type is perfect for those who have thin or fine natural hair and want the wig to blend in with their natural texture.

For those who want their hair to look natural with a bit of added fullness, then go for 150% density wig.  For women who want full volume hair especially those with long hair, then 180% density wig is the way to go.

What Is The Difference Between 130 And 150 Density Wig 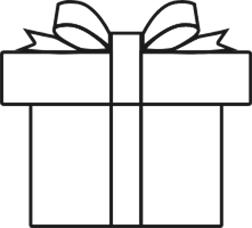 thanks for your register

You win! Apply & save at checkout.

Welcome! You are already a member of Kriyya,
the password is the same as your email.